Disclaimer: Some of the links below may be affiliate links. If you click through and make a purchase, I will earn a commission at no additional cost to you.

Do you have annoying fungus gnats flying around your houseplants? I’ve been there! You’ve probably heard or read that coffee grounds can deter or eliminate fungus gnats. Unfortunately, it’s not true. If you have gnats in plants, coffee grounds are not the answer!

In fact, coffee grounds can actually cause a worse fungus gnat infestation. When you place them on the surface of the soil, you create a barrier that’s prone to developing mold and actually attracting fungus gnats. They love decaying organic matter, and coffee grounds just add more.

There may be something to the idea of coffee grounds repelling gnats, but only when they’re composted and the compost is added to the potting soil. (And that’s only a maybe – there’s no proof it actually works.) But just sprinkling grounds on the soil will only make the problem worse.

Fungus gnats infest potting soil because it’s a source of organic, decomposing material. When female fungus gnats lay eggs in the potting mix, her larvae eat the fungi and other organic material present in the soil. Then, they emerge from the soil as adults.

Adult fungus gnats don’t bite people or cause damage to houseplants. However, fungus gnat larvae can damage your houseplant’s roots if there are enough of them. This is why it’s a good idea to get rid of them as soon as possible.

Larvae can cause significant root damage, stunt growth, and even kill your plant if the population is high enough. Serious fungus gnat damage is more likely to occur in greenhouses and nurseries than in homes. But it can happen – so don’t take a chance with your plants.

Fungus gnats develop through four cycles in your houseplant soil:

If you’re seeing adult fungus gnats, this means eggs were present in your houseplant soil when you purchased it – or an adult has laid eggs in your soil. In most cases, the cause is contaminated potting soil – especially if this is the first time you’re seeing them in your house.

Now that you understand the life cycle, let’s take a look at the most effective ways to get rid of fungus gnats in your potted plants. Unfortunately, using coffee grounds has been debunked. But I’ll show you what really works below.

First of all, if you have infested plants, isolate them from your other houseplants as soon as possible. Put them outside, in a garage, outside, wherever you can to keep them away from your  healthy plants.

This will ensure the gnats don’t spread. The fewer infested plants you have, the easier your job will be. If all your plants are infested, don’t worry. Unless your plants are severely infested, you can still remedy the situation.

In cases of severe infestations, you may have to discard your plants. But this is rare. In most cases, the infestation will be mild and easy to take care of. In my opinion, fungus gnats are one of the easiest pests to deal with, as they rarely kill your plants.

Fungus gnats thrive in moist conditions with an abundance of decaying matter.  For this reason, I recommend the following when you have gnats:

Well-draining soil allows water to drain from the bottom of the pot at a moderate speed – not immediately, but soon after watering. Water should soak the soil and any excess should drain out. If water pools on top of the soil when watering, your soil does not drain well.

How to Get Rid of Fungus Gnats with Traps

The easiest way to get rid of fungus gnats is to use yellow sticky traps. You can purchase them at your local hardware store or order them on Amazon. I recommend the big yellow squares because you can cut them into smaller pieces as you need them.

Place the traps in or around your infested houseplants, and the gnats will stick to them. Change them out every few days, and eventually all your gnats will be gone. It might take a while depending on how many  eggs are currently in your soil.

Use traps in combination with the potato method outlined below for the best and fastest results.

Place a chunk of raw potato on top of your soil. Potatoes are very attractive to the fungus gnat larvae, so they will migrate to the chunks to feed on them. In a couple days, remove the infested chunks and replace them with new ones.

Using the raw potato in combination with the yellow sticky traps is one of the best natural ways to get rid of fungus gnats. The traps target the adults while the potatoes target the larvae. Eventually, you will get them all – but it may take a few days or weeks depending on severity.

Get Rid of Fungus Gnats for Good with Nematodes

If you don’t like the idea of trapping fungus gnats, or you want to throw everything you can at the problem, try using Nematodes. Also known as Nature’s Good Guys, they can provide long-term control of  fungus gnats. They’re a good choice if nothing else has worked.

Nematodes are microscopic worms that seek out and eat fungus gnat larvae (and the larvae of other pests too). They are beneficial to soil and plants, and harmless to humans and pets. You’ll have to order them online – I recommend these nematodes from Bug Sales.

I have personally used nematodes before and I can vouch for their effectiveness. I once bought a Snake Plant from Walmart that I soon realized was infested with fungus gnats. I ordered some nematodes and applied them, and in about 3 days the gnats were GONE.

My advice is to not waste your time using coffee grounds to get rid of fungus gnats. Instead, go with the tried-and-true methods of trapping and/or using nematodes. Both of these will work and you won’t have to spend more time than necessary with gnats in your home.

Following are some frequently asked questions related to fungus gnats:

No. There is no evidence that coffee grounds repel gnats, and in fact, they may make the problem worse. Since fungus gnats thrive in moist environments rich in organic, decaying material, adding coffee grounds just adds fuel to the fire. If you have gnats in plants, coffee grounds won’t help you.

How Do I Get Rid of Plant Gnats Fast?

The fastest way to get rid of fungus gnats is to use nematodes, the tiny worms that feast on fungus gnat larvae. You will see results in as little as three days. You can order them online and have them delivered to your door in few days.

What Naturally Kills Gnats in Plants?

There are only two things that kill gnats in plants – biological control agents like nematodes and insecticides. Pyrethrins or a pyrethroid insecticide can provide temporary control of fungus gnats, but they are not a long-term solution and are not generally recommended for home use. Stick with the nematodes for a fast, effective, and safe solution. Tiny Silver Bugs in Houseplant Soil? Get Rid of Them Now! 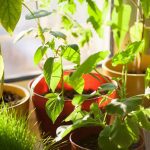 Is Light Through a Window Direct Sunlight for House Plants? 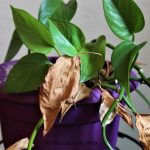 Should You Cut Off Dying Leaves from Your House Plants? 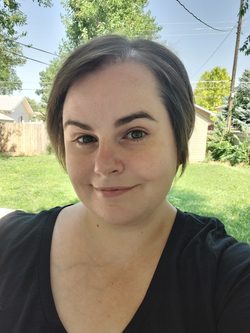 After nearly 20 years indoor gardening, I created this website to share my knowledge and love of plants with you.

Houseplanthelp.com is a participant in the Amazon Services LLC Associates Program, an affiliate advertising program designed to provide a means for sites to earn advertising fees by advertising and linking to Amazon.com.